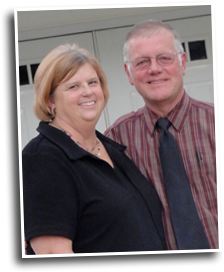 The work began with ten people. The first meeting place was the Lattimore Elementary School, currently Ambassador Baptist College. Victory Baptist continued to grow, and it was time to find a bigger place. The school was also shutting down so a new place was needed. The next place Victory Baptist met was a ladies club house in Mooresboro; however, that building did not last long and the church then rented a building on highway 74. It was in this building that Victory saw the first convert! Just as people were getting comfortable in this building, it was put up for sale for an outrageous price. Victory was able to go back to the closed down school building and used the main facility. An auditorium and two classrooms were the meeting place, but once again this was not the best option. The halls were cluttered with school desks and other discarded items, and other churches were being used for Victory’s baptismal services.

Victory Baptist began to pray for their own building and an opportunity to win more people to the Lord. A piece of land became available but had to be acted upon quickly. The land was looked at, prayed over, and a personal friend of Pastor Nichols loaned the church the money for the land. Victory saved enough money to have the foundation and flooring completed, as well as the plumbing finished. Pastor Nichols went and talked to a Christian man who owned a building materials business in Shelby. Pastor Nichols shared the church’s building project with him and asked him if he would give him a ten thousand dollar line of credit which would be paid back once the church got its loan.  Immediately this man agreed to it! Services were still being held while work was being accomplished. The Lord continued to bless and provide in so many ways. At one point, the building materials owner came by and asked what was needed to finish the building. Insulation, sheet rock, trim and other things were needed, but the church was not able financially to complete this. This company owner told Pastor Nichols those items would be there! The building was now 95% completed. All of this had taken place without one bank taking an interest in giving the church a loan. Finally, one banker met with Pastor Nichols and agreed to give a loan that would allow the building to be finished. God’s hand was in all of this!

Over the years, additions to the building have been made, but most importantly spiritual changes have been made in the lives of many people. Missionaries all around the world are supported because of the sacrificial giving of church members. Ambassador Baptist College has enabled students to serve here at Victory, some of whom are now missionaries.

In  2001, Pastor Nichols was diagnosed with a brain tumor.  He continued to pastor until he felt the Lord calling him to resign in April of 2011 due to his declining health.

Victory is not just “another church” but a church that seeks to follow the Lord. God has blessed in so many ways, and He will continue to bless as its members walk faithfully with our Lord. 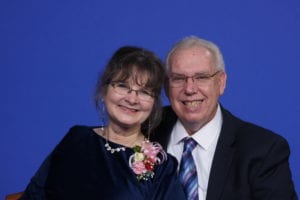 Pastor Reeise was saved in 1969. He was raised in Peoria, Il. where he was brought up in the Roman Catholic Religion.  He was invited to the Oak Grove Baptist Church of Bartonville, Il where he received Christ.  During his senior year in high school The Lord called him to preach.  He went to Maranatha Baptist Bible College.  He met his wife Monika while attending college. They were married on November 6th 1976. The have 3 children Sabrina Jones, Robert K. Reeise, and Becky Reeise.  Please pray for our Pastor and Wife.